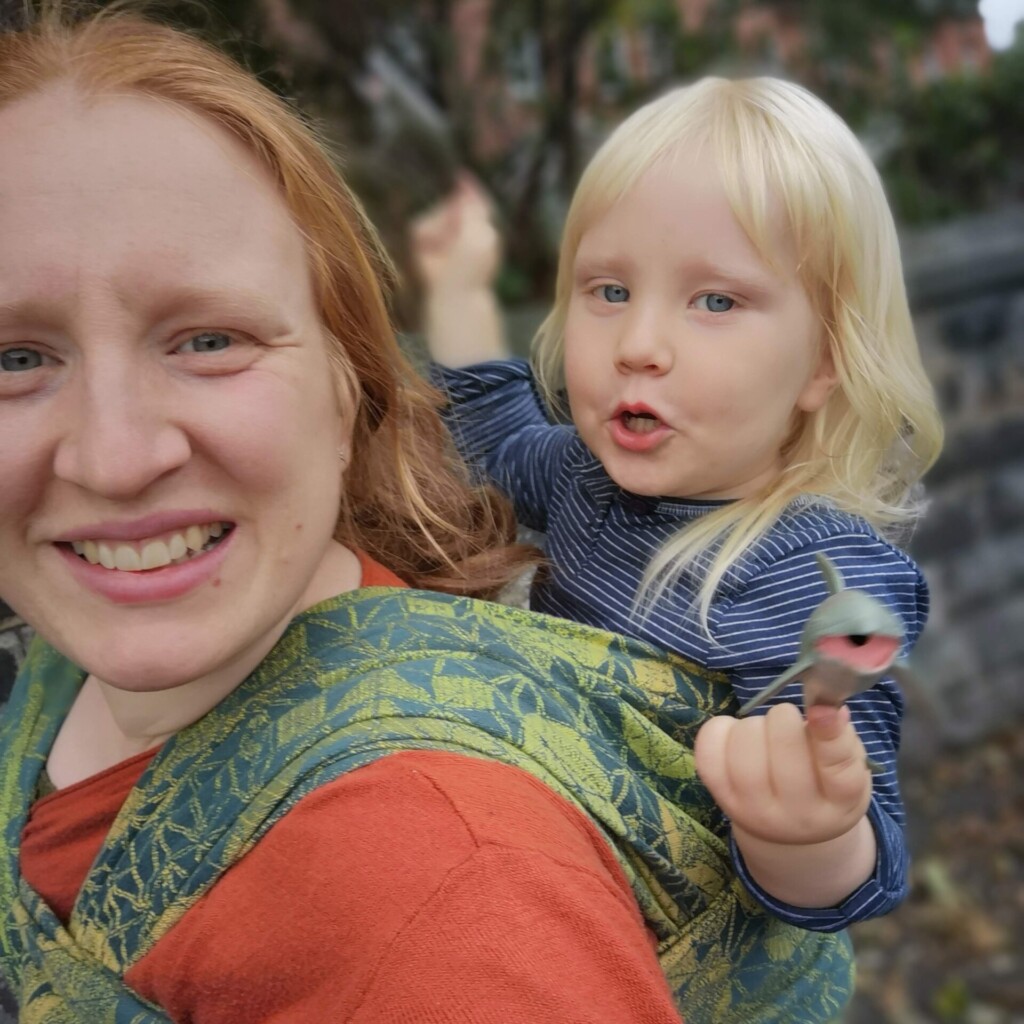 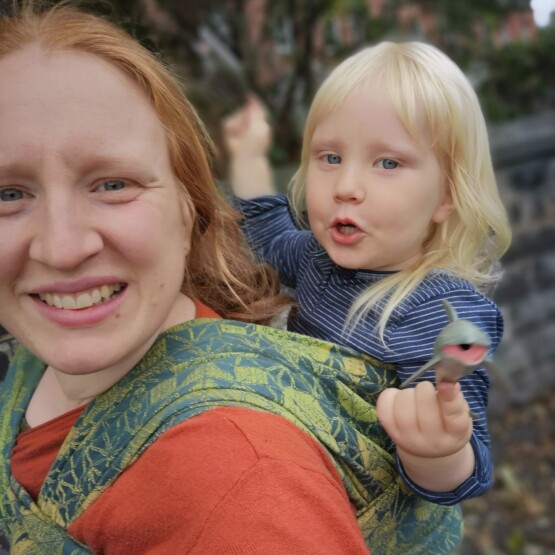 Being a parent. Parents & families

When people know you are a babywearing/carrying/sling consultant they tend to assume you look down on pushchairs. They tend to apologise for bringing pushchairs to sling meets, or if you see people out and about and they are using their pushchair they often give you reasons…

I have never asked someone why they are using a pushchair instead of a sling. Why don’t I ask? Well, mostly because it is none of my business. The other reason is, I used a pushchair a lot. It was an important tool for me.

Why I used pushchair and sling

With my first child if I was going out for more than a short walk I took the pushchair as well for about the first 4 months – even though I always took a sling, and almost always carried my baby, whilst pushing a pushchair loaded with unnecessary baby equipment, changes of clothes and shopping! I was always worried that I wouldn’t be able to get the sling comfy and I would be stuck unable to get home. It took months before I realised I could carry everything I needed in a rucksack, and that I could use the sling well enough to get home again. A pushchair helped me gain my confidence using a sling.

I don’t drive, so often if I was going to the grocers or supermarket I took the pushchair and a sling because I could fit more stuff under the pushchair and in the seat than I could carry. Pushchairs are great for transporting babies AND stuff! (I still miss the pushchair for this actually- although I do have a very fetching granny trolley now!)

I was pregnant with my second baby when my first baby turned 1. I carried throughout my pregnancy because it worked for me, but it was really tiring at times. Some of the time I needed to switch back to using the pushchair and the sling. I often swapped between the two, especially if my toddler was tired; that way I didn’t have to carry him for a long nap. Both pushchair and sling helped me meet the needs of my first child whilst pregnant with my second.

And then baby number 2 arrived, and there were two of them! Now, you CAN absolutely carry two children at once. However, after growing and birthing a baby, you may not feel like carrying 20kg combined weight. I did carry both children at the same time sometimes, but mostly I didn’t.

Often my little one was in a sling on my front or my back, and he’d be peacefully settled. Carrying my older child would have meant changing my little one’s position. Often I would want to switch slings to find a way that was comfy. You CAN combine almost any two carriers to carry two children, but not all options are comfy or practical!

And why do this? My 2-year-old was happy to go in the pushchair a lot of the time. So mostly, I carried one and pushed one in the pushchair. I did this almost everyday for naptimes to get them both to sleep! I’d get home, transfer them and often nap at the same time, or grab some time to myself. A pushchair, and a sling helped me get my kids to sleep and got me a nap too!

We only got rid of our sadly badly broken pushchair earlier this year. My oldest was 4.5 and my youngest was 2.5. This made life harder. I couldn’t always expect them both to walk as far as we needed to, to go where we wanted to go. I still don’t drive so going out means walking. They are good walkers, but they get tired and they get overwhelmed. If it was just me, or just Andy taking them somewhere, we’d take a sling and pushchair. By that point it would have been a combined weight of 40kg to carry them both, and I have my limits. It isn’t comfy or manageable for me to walk miles carrying that kind of weight. The pushchair helped us go to the park, the library, to cafes, and museums and all sorts of places.

Parenting tools: pushchairs and slings have their place

Pushchairs and slings are both tools, tools to help you parent in the ways that you want to parent. I have used pushchairs less than most people, and slings more. I have done mountain, lake, and off road walks; I’ve visited tiny shops, and travelled on the Tube, boats and buses with slings. In hospital I used slings when feeding my baby, and to support my baby who hated me to put him down. Slings have helped me keep my second baby safely away from his older brother’s enthusiastic affections.

Slings have huge potential to help people meet their baby’s needs, to get to know these tiny new people, and to be able to get to places where it isn’t easy or possible to get with a pushchair. I still use slings almost every day with my nearly 5 and just turned 3-year-old. Sometimes my kids are worried, nervous, or sad on the way to school or nursery. They are almost always exhausted when they come out! Carrying them works better for us now than a pushchair. We can clip a sling round our waist, and some days nobody asks to be carried. Some days, like today, they both do, and Andy and I carry one each. This works better for us than pushing an empty pushchair and keeping track of two boys, but that’s us, you need to do what works for you!

If you want help to carry your 5 year old, or your prem baby we are here to support you, if you want to talk about different carrying options that might work for you then get in touch, but please never feel like you have to apologise for using a pushchair, I get it, pushchairs are absolutely great! They have saved my sanity on many occasions AND, they have a feature that no sling I have ever come across has (no, not wheels) – a coffee cup holder! And I try not to go anywhere without my coffee cup!

Both slings and pushchairs have their limitations, but that doesn’t make them a less valuable tool. Nobody looks down on a hammer because you can’t use it to screw in screws! For some jobs you need a hammer, and for some a screwdriver; sometimes a sling will work better, sometimes a pushchair will fit the bill, and sometimes you will use both together, but whatever you choose, I am not going to look down on you for finding the option that works best for you.

Follow us on Facebook CalmFamily, and It’s A Sling Thing and come and tell us what parenting tools you have used, and how they worked for you!

Recommend0 recommendationsPublished in Being a parent, Parents & families